today has officially turned 25th of January. And it is none other than my bias birthday!
Who is it? well it is! (drum roll) 櫻井翔! YEAH! 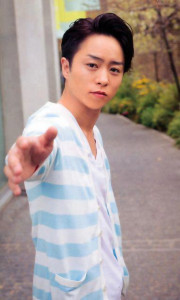 He is known as the Keio Boy to almost everyone in Johnny Entertainment. He is one of the smartest people that I have seen on TV. He is considered a role model to me sometimes, because of his never ending want to learn and absorb things. Such an attitude and perseverance have gotten him far in the industry.
He also is known as the mother of the group because of his shadow concern for each and every one of the members. He maybe seen as someone who doesn't shed tears or become emotionally. But just as a mother protects her children and watches over them. He does that all the time for the members in whatever situation. 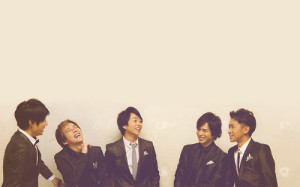 He truly makes the group laugh all the time with his epic failure moments but they still love and respect him non the less!
So here is to the 31 year old Keio Boy HAPPY BIRTHDAY MY LOVELY SHO-CHAN! with your beautiful smile, amazing rapping skills and overall love for the members and the group! 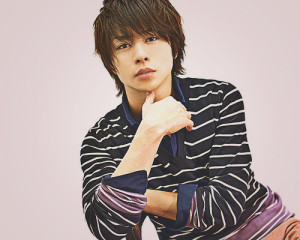